The Importance of Truth and Reconciliation Day

This Thursday, September 30th 2021 The Audiology Clinic Edmonton will be closed in order to recognise the National Day for Truth and Reconciliation. Canada as a nation was founded primarily on the relationship between Indigenous peoples, who have always lived here, and non-Indigenous, specifically European settlers. Historically, these settlers along with the government of Canada have treated Indigenous peoples as a problem, one that could be solved by either erasing Indigenous cultures or the people themselves. One of these “solutions” was to take children away from their homes before they were able to develop their language and culture fully, and send them to a boarding school to learn how to be more European. As if being taken away from all you know at a young age wasn’t hard enough, many of these schools were closer to workhouses than places of education. Indigenous children were used to sew, farm, clean, and were very often abused. They were not allowed to speak their own language or communicate with their families. This means that they were raised without family, and without loving adults to care for them. The last of these schools closed in 1996, meaning that many Indigenous peoples still living attended these residential schools as children. All Indigenous peoples in Canada either attended residential school themselves or are children and grandchildren of those who did.

The Truth and Reconciliation Commission was a Royal Commission established by the Canadian government in 2008 to discover Indigenous children’s experiences at residential schools all across the country. Over the course of 7 years the Commission travelled the country listening to the varied experiences of survivors and their descendants and recording them. In 2015 when the Commission ended, the Commissioners wrote a report detailing 94 Calls to Action that they recommended the Canadian government follow in order to reconcile their past actions with Indigenous peoples. These are actions that many citizens can also incorporate into their lives.

Ignoring the things that have happened is unfair to all people now. Even though people today didn’t implement the schools and horrible treatment of Indigenous peoples, the hurt of those past relationships and the systemic racism that resulted still exist and impact people today. The traumas inflicted on Indigenous children over the course of the 19th and 20th centuries still impact all Indigenous communities today. This is why it is important to acknowledge Truth and Reconciliation Day, however small a gesture it is. We can use this day to reflect on the 94 Call to Action recommended by the Truth and Reconciliation Commission and consider how we can better incorporate them into our own lives, how to better understand the history Indigenous peoples carry with them, and how to be better people overall. 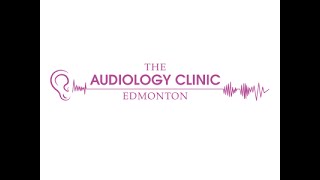 Welcome to The Audiology Clinic Edmonton

How do you protect your hearing?

World Hearing Day 2022: To hear for life, listen with care!